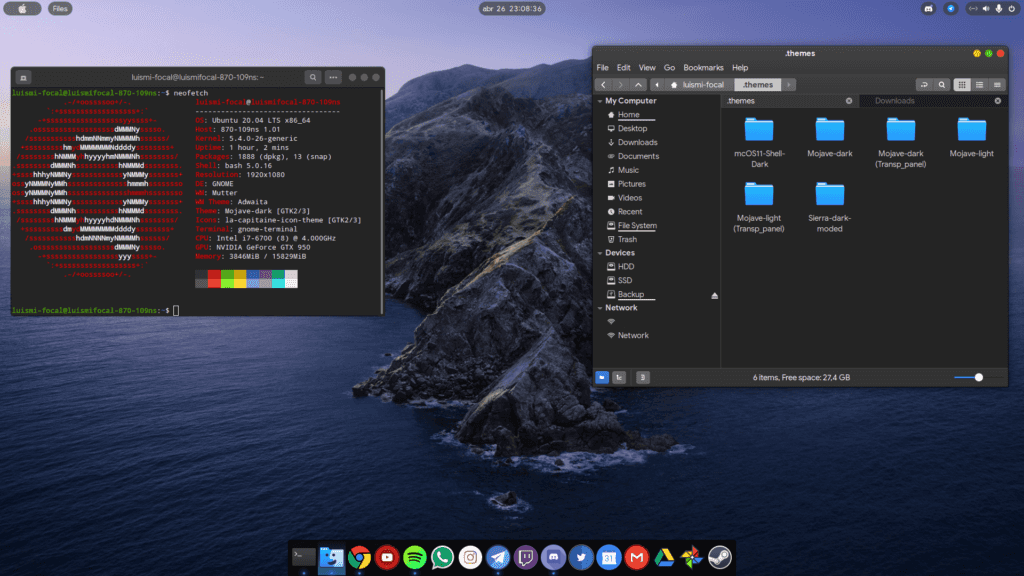 …or any functioning computer hardware for that matter!

While indirectly related to my concentration with WooCommerce online stores, I thought I’d share the exciting progress I’ve made concerning two older iMac computers and how open-source community software has extended the useful life for these obsolete Apple products.

My 27-inch 2011 iMac remains nice and powerful but in recent years can no longer run the latest operating system from Apple. Its final operating system High Sierra is expected to stop receiving security updates this September. Time was ticking down for a decision there. I also have a 20-inch 2008 iMac that still runs. It certainly helps that I upgraded the hard disk drives (HDD) in these systems to solid state drives (SSD) years back and had bumped up the RAM a little.

The way to keep these computers functional is Linux.

Microsoft Windows could also be an option for users who prefer it. For me the big question became which Linux distribution (distro) to run. There’s no one-size-fits-all answer to that. My quest was to prove a distro regarded as highly stable, relatively popular, featuring a fancy desktop system and ease of installing any necessary proprietary drivers. Historically I’ve tried several and always ran into limitations with drivers, clunky desktops, or lacking features in applications.

In order for the keyboard brightness buttons to function I had to set GRUB_CMDLINE_LINUX_DEFAULT="quiet splash acpi_backlight=vendor" in the file /etc/default/grub.

Best of all; here’s the applications I’ve installed through the convenient Software Manager tool.

Apple lost some business here when I had to move items from my iCloud to alternatives. Instead of using iWork Apps I now use LibreOffice. Instead of using Apple Notes to sync notes between devices I now use Simplenote by Automattic. If I need to check iCloud emails I just use the web client to do that. I might even phase that service out someday.

One limitation is Apple iMessage and SMS sync from iPhone. There’s no way I know of to access an interface to that outside of Apple. It’s a closed system. Apple is not known for being open-source friendly, case in point. The best solution for this problem is replacement. So I’m keeping my iPhone close by for family and friends and moving all clients over to using my Skype business number for SMS, as well as Slack for instant messaging. This is a certainly pain point but I see it as a worthy battle in considering the bigger picture.

I’m especially pleased to be using dark mode within most Apps and with the desktop system itself. The versions of MacOS that these computers were previously stuck on did not offer dark mode. I started using dark mode when introduced with MacOS Mojave on my MacBook laptop and have been totally convinced of its usefulness.

One gotcha is I ran into human error using the copy/paste keys with the Apple keyboard. The simple solution to this is to tell Linux to swap those keys for you. Find that under System Settings > Keyboard > Layouts > Options > Ctrl Position > Swap LR Win with LR Ctrl (check-boxes).

Weeks into this I can say that I’m extremely pleased with Linux, the Linux Mint bundled tools, the Cinnamon powered desktop environment, and the ability to use all of my Apps with a professional appearance, very fast performance, and stability. The system has been rock solid not crashing a single time during the first month.

Based on the progress I’ve observed, I sense open-source is becoming a stronger competitor to the operating system and applications markets. When we look at situations where companies like Apple drop software support for otherwise solid equipment it really makes the case for exploring the alternatives and, so-to-speak, breaking off the relationship.